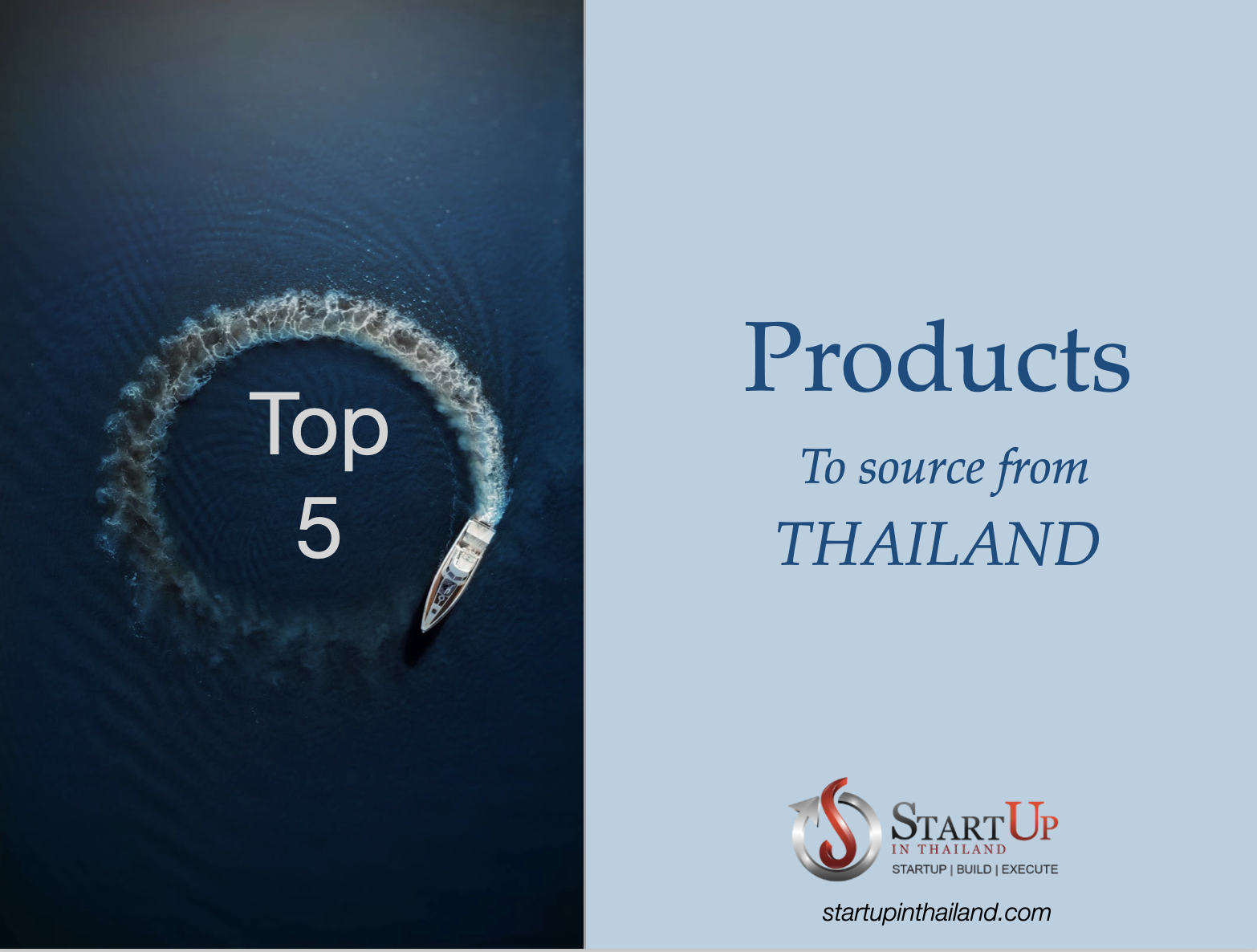 Situated in Southeast Asia, the Kingdom of Thailand exported $231.47 Bn worth of goods globally in the year 2020. Thailand’s economy is highly dependent on exports, which usually accounts for 60% of its GDP. The country itself is a newly industrialized nation, with a GDP of 23.41 trillion baht ($546 billion) in 2021, it is the 8th largest economy of Asia.

The country trade patterns have dramatically changed from the initial 1980s, where more than two-thirds of its export earnings were attributed to agriculture and only one-third would constitute manufacturing. By the arrival of the 21st century, Thailand’s agriculture contributed around one-eighth of its export earnings and around one-tenth of its GDP, while manufacturing contributed the most.

Thailand’s key trading partners include the United States, Japan, Singapore, China, and Malaysia. According to the latest available information, 71% of the country’s products in the year 2020 were exported to the United States 14.9%, China 12.8%, Japan 9.9%, etc. Below table and graph show the top 10 exporting partners of Thailand in 2020.

Contact Startup in Thailand for a no-obligation, FREE Business Consultation about Import and Export Opportunities

It’s well established that the machinery industry in Thailand is a vital supporting industry to its manufacturing sector, and it also plays a crucial role in the country’s overall economy. It could be seen by the constant growth of its machinery industries. In 2020, the trade value of machinery and parts reached $37.6 Bn. Apart from that, continued regional economic expansion contributed to Thailand’s machinery sector growth.

Thailand’s BOI (Board of Investment) offers several incentives both tax as well as nontax for projects meeting the objectives of national development. The tax-based incentives comprise of import duties exemption on machinery and raw materials, and exemption from corporate income tax up to eight years. Non-tax incentives consist of permission for bringing in expatriates, receiving or remitting foreign currency abroad and owning land. Recognizing the significance of the role that machinery plays in the economic development of the country, the BOI is offering attractive incentives and subsidies for starting a company in Thailand which are engaged in manufacturing machinery in Thailand.

Electrical and electronic equipment is among the largest exports sector of Thailand, amounting to around 15% of its total exports. As of 2020, it is the largest exporter of computers and related components in ASEAN. After China, Thailand is the world’s secondlargest producer of HDDs (Hard Disk Drives) with Seagate Technology and Western Digital among the biggest producers.

While the tourism industry in Thailand struggles to recover from a decline in overseas visitors, Thailand’s auto industry is moving ahead and supporting the economy to bridge this gap. Thailand’s value of automobile exports is projected to reach an all-time high in a couple of years as the world economy reopens.

Vehicle manufacturing is the prime component of the Thai industry. With a total export value of $24 Bn in 2020 compared to $27.27 Bn in 2019. Thailand’s vehicle exports have flourished for decades. As per the customs data, these exports mainly comprise cars, car parts, and accessories. Thailand is the fourth largest automobile export and assembly centre in Asia and has the world’s leading car manufacturers like Ford, Toyota, Honda, General Motors, BMW, Mercedes Benz, etc. among other major world players. It employs nearly 10% of the country’s workforce and contributes roughly 10% of its GDP.

Most of the vehicles that are built in the country are licensed and developed by foreign producers, mostly American, Chinese and Japanese. The overall Thai market is dominated by Japanese brands. The Japanese manufacturers in Thailand seem to focus on small, ecofriendly car production, for driving production and exploring further business opportunities in Thailand. The Thai car industry leverages the ASEAN Free Trade Area for finding a market for most of its products. The country is also the biggest market in the world for pickup trucks with above 50% market share for 1ton trucks.

Thailand has experience of centuries in the gemstone industry under its belt and the country has cultured a vast network of artisans and a robust manufacturing base encompassing all the value chain phases from mining to retail sale. With its strong foundation in place, the industry continues to play a vital role in the Thai economy, providing stable employment for jewellery designers, merchants, miners and gem cutters.

Thailand’s gemstone industry continues to be one of Thailand’s lucrative exports with products exported to markets all over the world. Thailand exported gemstones for $18 Bn in 2020. Owing to their reputation for quality, a major chunk of the gemstones and jewellery are exported to premier markets including Switzerland, the US, Hong Kong, and India.

Keen to bolster the revenue flow from this industry into the country, the Thai government and several industry bodies are promoting the sector abroad and putting a concerted effort to support the industry at home. The Thai government along with the Board of Investment (BOI) are offering substantial financial incentives to companies starting a business in Thailand in the gemstone trade, including exemption of import duty on raw materials such as diamonds, gemstones, pearls, synthetic gemstones and various precious metals. The Thai government also offers tax benefits on jewellery products through special trading avenues like the Bangkok Gems and Jewellery Fair.

Thailand’s rubber industry has evolved significantly and diversified from small-scale rubber plantations in the early 1900s to top rubber producers and exporters in the world. The astounding growth of the rubber industry in Thailand is primarily attributed to its abundance of natural resources, massive regional rubber consumption base, and enhanced production infrastructure. As the demand for rubber continues to increase globally at a steady pace, the Thai rubber industry is projected to flourish further, so does the foreign investment in Thailand with top rubber suppliers in Thailand.

The country has grown to become the global leader as a natural rubber producer and supplier in the last few decades — benefiting from advanced cultivation methods and its tropical climate. Annually, the country produces more than 4.5 Mn tones of natural rubber As per the BOI report, Thailand’s production of natural rubber has continued to demonstrate a steady growth over the last few years with a growth rate of 5.81% per annum.

Thailand is not just the global leader in producing natural rubber but also the global leader in terms of global rubber exports. Thailand exported over $ 15.5 billion worth of rubber and rubber articles globally in 2020. China is the largest importer of Thai rubber, followed by Malaysia, the USA and Japan.

To further reinforce Thailand’s leading position in the rubber industry, the government of Thailand has offered some strong and effective support. Additionally, to facilitate cooperation among research organizations and enterprises for raising the level of valueadded rubber products, the government of Thailand has established a Rubber City in the province of Songkhla, for serving as an investing and sourcing hub for rubber products manufactured in the country.

Want to Start your Own Export Business in Thailand?

Looking for export business ideas, Thailand can be a major step towards success in your career. There are ample investment opportunities in Thailand which can help have your own start up business in Thailand. However, it is important to understand the local export and import market and have a local startup specialist or look for startup advisory services that can help and advise you. It’s also advisable to have a local business startup consultant who can introduce you to important people.

Contact Startup in Thailand for a no-obligation, FREE Business Consultation

Interesting Reads:
Export-Import Industry of Thailand
Global Economic growth of Thailand
How Corona has impacted the world economy and Thailand

7 Amazing Steps To Develop Your Brand